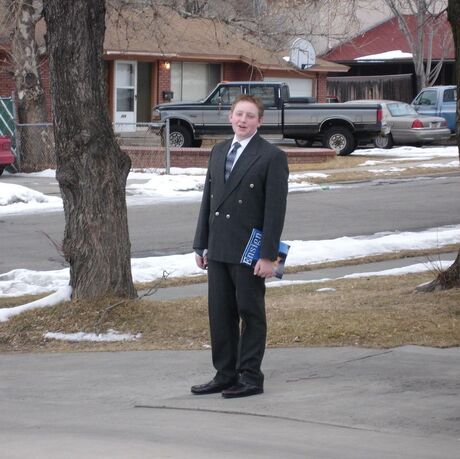 I was born and raised in northern Utah and was a member of the church of jesus christ of latter-day saints (the LDS church, Mormon) until the age of fifteen. I was faithful to the LDS church, better known as a “true believing Mormon” (TBM), but slowly became apathetic towards the church like many teenage mormons do. I was also dissatisfied with various answers I received to seemingly important questions about the doctrine, but figured every uncertainty could be explained away and I was going through a “doubting phase” like my friends, family and church leaders suggested.

However, this doubt and apathy conspired to eventually corrode my willpower for church activity and I stopped attending at age 17, much to the dismay of my family and friends. Even though my church attendance declined, I continued to attend my seminary class throughout my high school years. (seminary is mormon-speak for bible study during school hours. It is a program sponsored by the church in which students walk a short distance to an off-campus church building during “released time” to have a Sunday-school lesson.)

I ended up graduating from seminary, but out of loathing the church, I virtually severed every tie I had in the community. I still spent time with my closest friends, but everybody else became distanced. 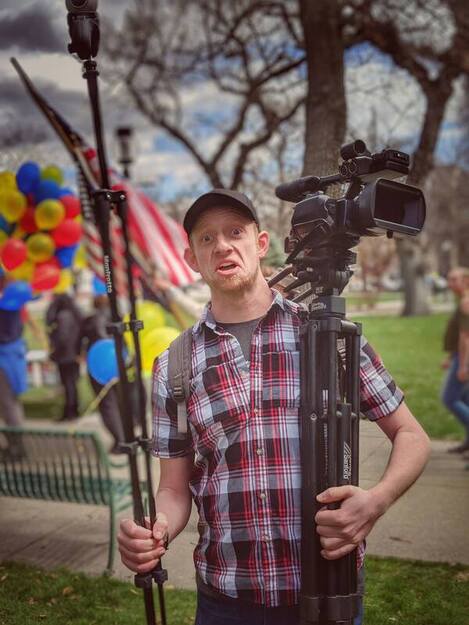 At the march for Sam Young’s Protect LDS Children

Fast-forward five years and I’m living in another state with essentially a new life. I’m now a moderately ‘out’ atheist and I want to examine the cult in which I was raised.

Please don’t think I use the word “cult” for shock factor. Honestly, I don’t shy away from the word because the root refers to “culture”. When I say culture, I mean that the church is an entire life structure for TBM’s, much like any fundamental religious sect. Church wasn’t just the place I went to on Sunday; it was also the meeting place for youth activities multiple times per week. It was the place that I played with my closest friends and classmates, and associated with them under reverence for the lord. It was the place where my youth soccer coach was also my bishop (aka: pastor). It’s the place I devoted countless thoughts, feelings, and hours to, and of course, these thoughts and feelings can’t resist revival every time I drive past the church building or see a member of my old ward (aka: congregation). But most of all, the church provided an entire support structure on which the person that is Bryce Blankenagel was built. That’s something I don’t take lightly, and I’m thankful for.

I can’t deny that the structure was beneficial, and I agree that it takes a village to raise a child, a belief that is heavily embedded into the church’s doctrine. However, teaching a child, or any person for that matter, what to think instead of teaching them how to think, is not a good thing for the child or society in general. That’s what I’m advocating against. Let’s look at the evidence about the mormon religion, from establishment to present, and learn from the experiences and testimonies of the people involved.

Shannon first appeared on Episode 52 as a guest and has been an official co-host of the podcast starting with Episode 54. 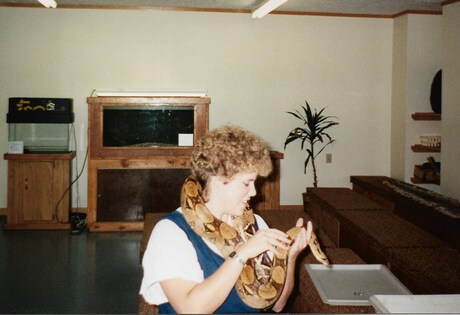 I am the 4th of 9 kids, born and raised in the mormon church. I spent most of my life growing up deep in “Morridor” — the mormon corridor of Utah county — with all of the patriarchy, misogyny, and brainwashing that implies. I went through seminary in high school, attended BYU-Provo, served a mission in Pennsylvania, and married in the temple. I did everything required of me to be a good little mormon — which included reading the Book of Mormon an insanely huge amount of times — even though I had doubts piling up by the hundreds on my shelf; doubts that started when I was 11 and continued on for the next few decades. (Like, why the hell did Nephi need to kill Laban?? He was passed out drunk in the gutter! Why didn’t he just strip his clothes off of him and roll him into the bushes?) I desperately tried to be TBM — a True Believing Mormon — even while dealing with other serious issues like depression, suicidal thoughts, life threatening health issues, and the loss of a child. (If you want to hear more of my story, listen to Episode 52) 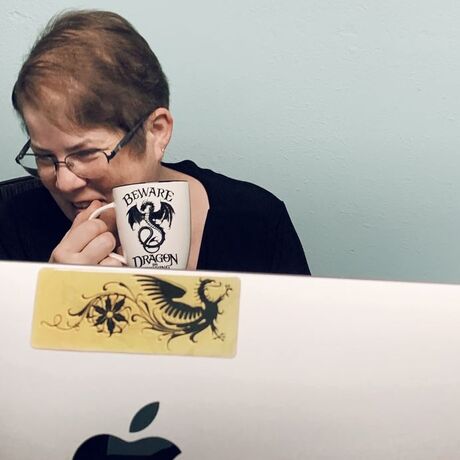 My Pandora’s Closet full of doubts ended up so full it shattered the door and let them all loose on me when I found out Paul H Dunn had made up and/or stolen the stories he told and when the church declared its horrendous November ‘15 policy against the children of LGBTQ parents. That was when I realized I just couldn’t do it anymore.

(Now granted, if the mormon church was a snake handler church, I probably would have stuck around. I mean seriously, how much fun would that be?! However, it is not. At least not the snakes in the reptile family.)

Since then, I have tried to be my more authentic self. And I also try to share my experiences as much as I can because it is important not only that we show the effects the mormon church has on the members, but more importantly to let others see it’s okay to say “enough is enough” and just walk away

Braden co-hosted the podcast with Bryce and Shannon from episode 0 through episode 64. 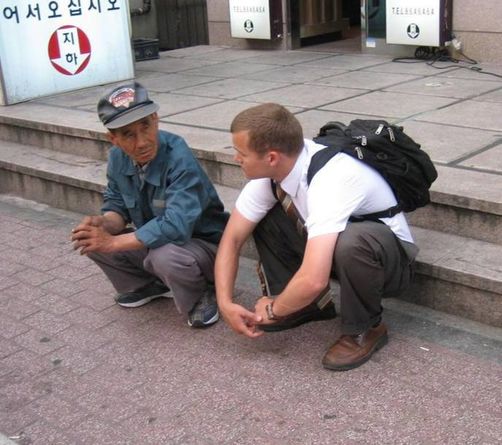 Often taught in the “kimchee squat”

I was “born in the covenant” to goodly parents in the greater Seattle area. I had a pretty standard mormon upbringing, complete with attending all 3 hours of church every Sunday, weekly Family Night (now it’s Family Home Evening), nightly scripture study, a dedicated home teacher, and no playing with friends on Sundays. While I loved my upbringing and childhood, I also experienced a lot of sadness due to the teaching of the church.

I did some soul searching and gained my own testimony at 16. I read the Book of Mormon on my own twice. I never had a sip of alcohol. I was an Eagle Scout and I graduated seminary before serving a mission in Pusan, S. Korea. Despite some uneasy feelings deep inside about my purpose as a missionary, I had a great 2 years there, and made lifelong memories and friendships.

When I got home, I continued doing what was expected of me as a member of the church, getting married in the temple to a returned missionary, having kids, attending every Sunday.

We were devout. We held callings (volunteer positions) with varying levels of responsibility. We chaperoned youth conference. I was actually even a decent home teacher. Then while teaching youth Sunday school from the manual, a thought occurred to me, “ I don’t believe this.” That began happening to me more and more often, and long story short, I’m no longer a member of the LDS church.